The difficulty of writing this artist’s presentation in a few lines is replaced by the honor we have in proposing it: Peter Erskine, an icon of world jazz who has written pages of musical history. He was born in New Jersey and started playing drums at the age of four; at eighteen he already begins his professional career with the Stan Kenton Orchestra, but it is with Weather Reports that the myth really begins: together with Jaco Pastorius and Joe Zawinul he becomes a fundamental member in the golden age of the “Fusion Band” for excellence, records five records, including the famous live “8.30”, awarded with a Grammy Awards.

Together with Michael Brecker, Eddy Gomez and Mike Manieri he is part of another historic group: the Steps Ahead. His collaborations have followed one another over the years fed by as many fundamental names in the music scene: we remember Steely Dan, Chick Corea, Diana Krall, Pat Metheny, Pino Daniele and an infinite series of Big Bands.

As well as study sessions and live projects, his teaching career is of fundamental importance: chair at the University of Southern California, jazz consultant for drums at the Royal Academy of Music in London, not to mention the numerous seminars around the world .

In recent years, Erskine has felt estranged from his true love, the battery fusion and R&B.

Dr. Um, which Erskine self-produced, marks his return to the “battery genre I was best known for in my youth and during the Weather Report and Steps Ahead years.

“I felt inspired, like a child, the only one who has something to say. In fact, Dr. Um (the title is a very nice word game) I feel it as a return, even if there is nothing retrospective inside it” 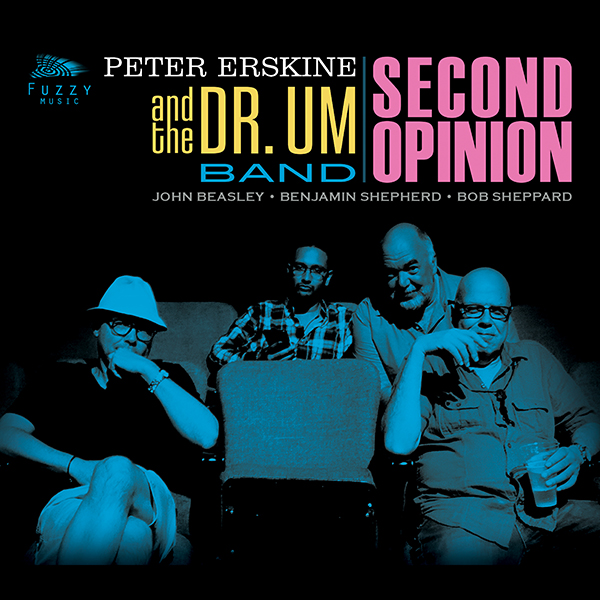