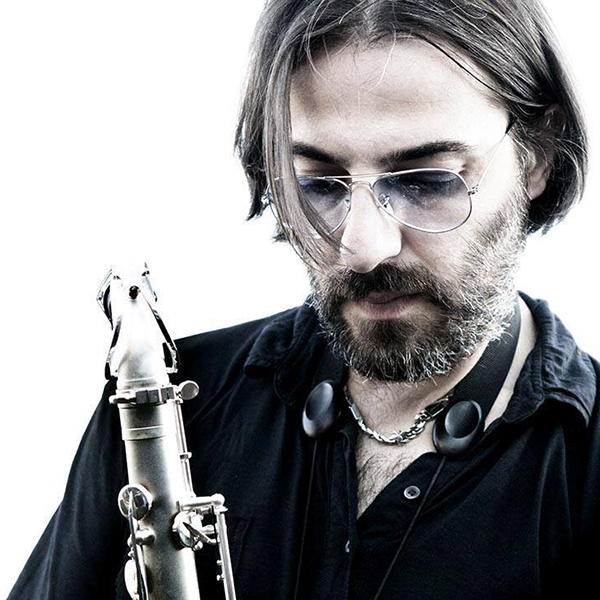 Among the major Italian saxophonists of the contemporary jazz scene Max Ionata has gained critical and public approval in just a few years, always enjoying great success in Italy and abroad. He has over seventy records and collaborations with Italian and international musicians, making him one of the most appreciated Italian artists abroad – particularly in Japan – where he enjoys a remarkable artistic reputation.

Among his projects, after the tribute to the great Duke Ellington, we will soon see him again with Dado Moroni with “Two for Stevie” project dedicated to another legend in the world of music: the mythical and unparalleled Stevie Wonder (who does not chance wrote the legendary “Sir Duke” just for Ellington!). Just from jazz Dado and Max begin this journey to discover the “wonderful” Stevie interpreting in an original and refined way his most important pieces, universally loved. Produced by Jando Music, in collaboration with Via Veneto Jazz, the disc traces the artistic stages of Stevie Wonder, from the great hits of Songs In The Key Of Life to the magic contained in Hotter than July in a crescendo of sensations and intertwining between the piano and the double bass of Moroni and the saxophone of Ionata which give listening to new emotions on rhythms never forgotten.

Among Ionata’s international awards:
The “Massimo Urbani” award for the wind section in the year 2000
The first prize at the “Baronissi” National Jazz Competition in 2000
The public award at the “Tramplin Jazz D ‘Avignon” international competition in France in 2002.
The 2012 JAZZIT AWARD for best Italian tenor saxophonist
The “JAZZIT AWARD” 2013 award for best Italian tenor saxophonist
The important Japanese magazine “Jazzlife”, in addition to having dedicated an important space to it in the special issue “Jazz horn 2010” with an interview, has marked him as “one of those saxophonists who have opened a new frontier in jazz” .