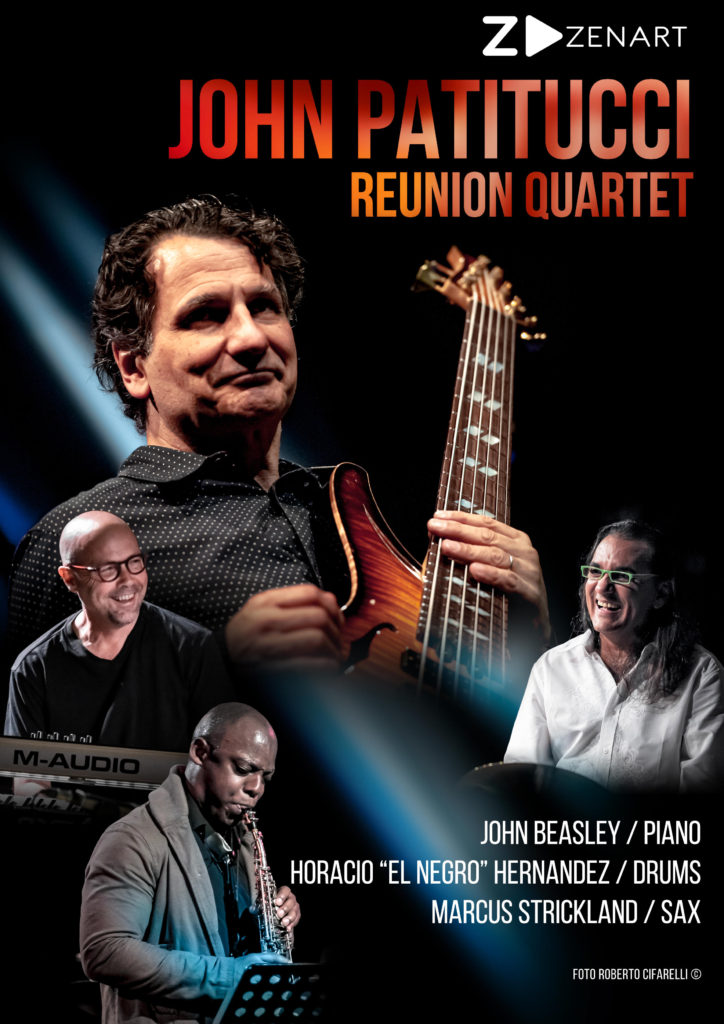 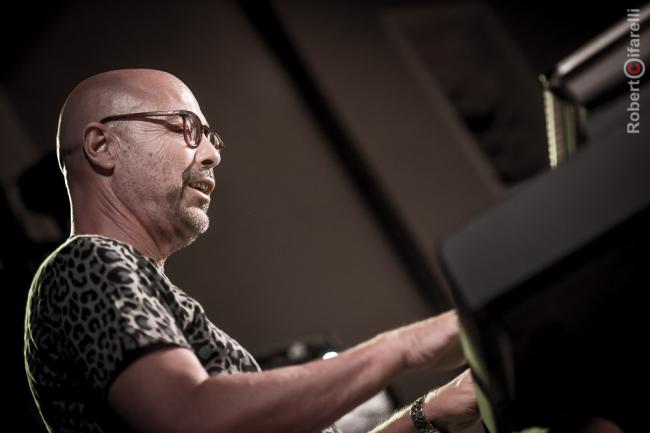 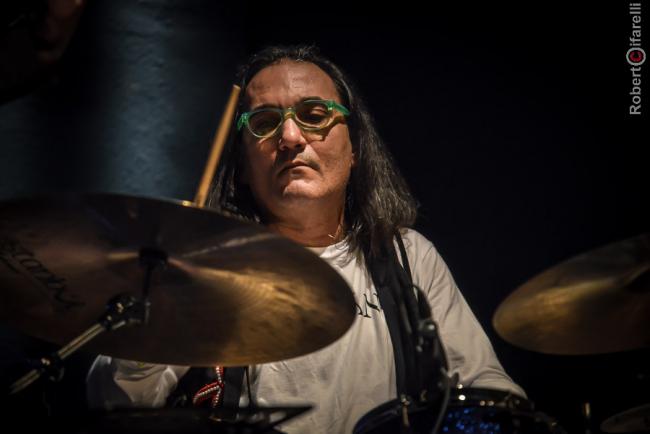 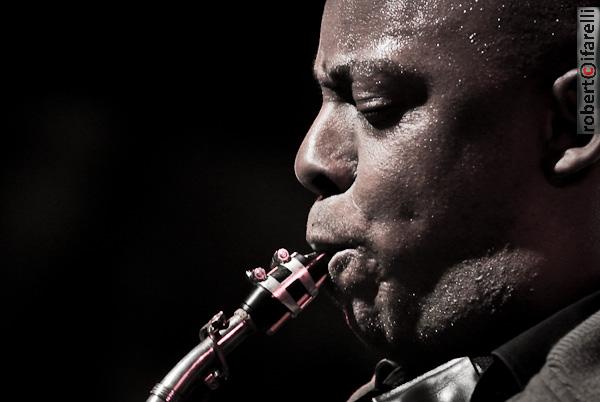 A summer dedicated to music with the John Patitucci Reunion Quartet. John Patitucci, John Beasley, Horacio “El Negro” Hernandez together again on the same stage with Marcus Strickland: four great artists who wrote the history of music together in one project.

John Patitucci was born in Brooklyn, New York in 1959 and started playing electric bass at the age of ten, then acoustic bass, then piano at the age of 16. Quickly switch from playing soul and rock to blues, jazz and classical music. His eclectic tastes made him explore all types of music as a musician and composer. As a musician, John has played all over the world with his band and jazz luminaries: Chick Corea, Herbie Hancock, Wayne Shorter, Stan Getz, Pat Metheny … and many others. His numerous recordings with Elektric Band and Akoustic Band by Chick Corea. His six solo recordings for GRP Records and his subsequent recordings brought him two Grammy Awards and over fifteen Grammy nominations.

Born in Louisiana, the cradle of jazz, John Beasley grew up surrounded by musicians and at a very young age he learned to play the trumpet, the oboe, the drums, the saxophone as well as the flute and began composing. He refuses a scholarship from the prestigious Julliard School, New York, and begins to travel on tour with musicians such as Miles Davis, Carly Simon, Barbara Streisand and Steely Dan. At the age of 24 he approaches the world of television, writing music for famous TV series such as Cheers, Star Trek and Fame, and in Hollywood, playing in the soundtracks of well-known composers. His first Italian tour dates back to 1989 with Miles Davis and is followed by others with James Brown, Sergio Mendes, Jovanotti and Laura Pausini. He currently composes music for the Nobel Prize-winning organization Doctors Without Borders, signs many advertisements in the USA and Germany and collaborates with television programs that have become popular culture icons such as American Idol, America’s Got Talent and Singing Bee.

Horacio “El Negro“ Hernandez was born in Havana, April 24, 1963, in a family deeply rooted in the tradition of Cuban music and attentive to the influences of American jazz. His talent was evident from a young age: at the age of 12 enters the prestigious Escuela Nacional de Arte where he studies with the best Cuban teachers including Fausto Garcia Rivera, Enrique Pla and Santiago Rieter. He starts his activity early as a professional, working with the greatest interpreters of the Havana music scene of the years’ 80: Nicolas Reynoso, Paquito D’Rivera, Lucia Hurgo, Arturo Sandoval and German Velazco.

Marcus Strickland, extraordinary saxophonist among the most acclaimed of the last generations, returns to publish on Blue Note / Revive a new, explosive album. If in the previous NIHIL NOVI (2006) Strickland tried the first experiments with hip-hop, in PEOPLE OF THE SUN the music becomes dancing, enthralling, with the complicity of the organist Mitch Henry, the bassist Kyle Miles, the drummer Charles Haynes, by percussionist Weedie Braimah, and the guest contribution. The result is very, very African (“I am meditating on what our origins are,” says Marcus “and on how much it has passed from hand to hand since we found ourselves here, as black Americans”). And so, the album unfolds between the influences of the African West (griot, afrobeat) and contemporary American experiences (post-bop, funk-soul, beat music).